"The battle among major, hyper-scale cloud service providers for market dominance has not yet produced a clear winner, according to a survey of 1,200 IT professionals and decision makers released Wednesday.

The survey, conducted by Toronto-based cloud migration firm Next Pathway Inc., indicates cloud providers are utilizing numerous tactics to win cloud business in large companies and public sector organizations, While none can claim dominance, 37.3% of surveyed IT leaders regarded Microsoft Azure as the “most robust” cloud platform, while 32.1% favored AWS and 29.7% favored Google Cloud. 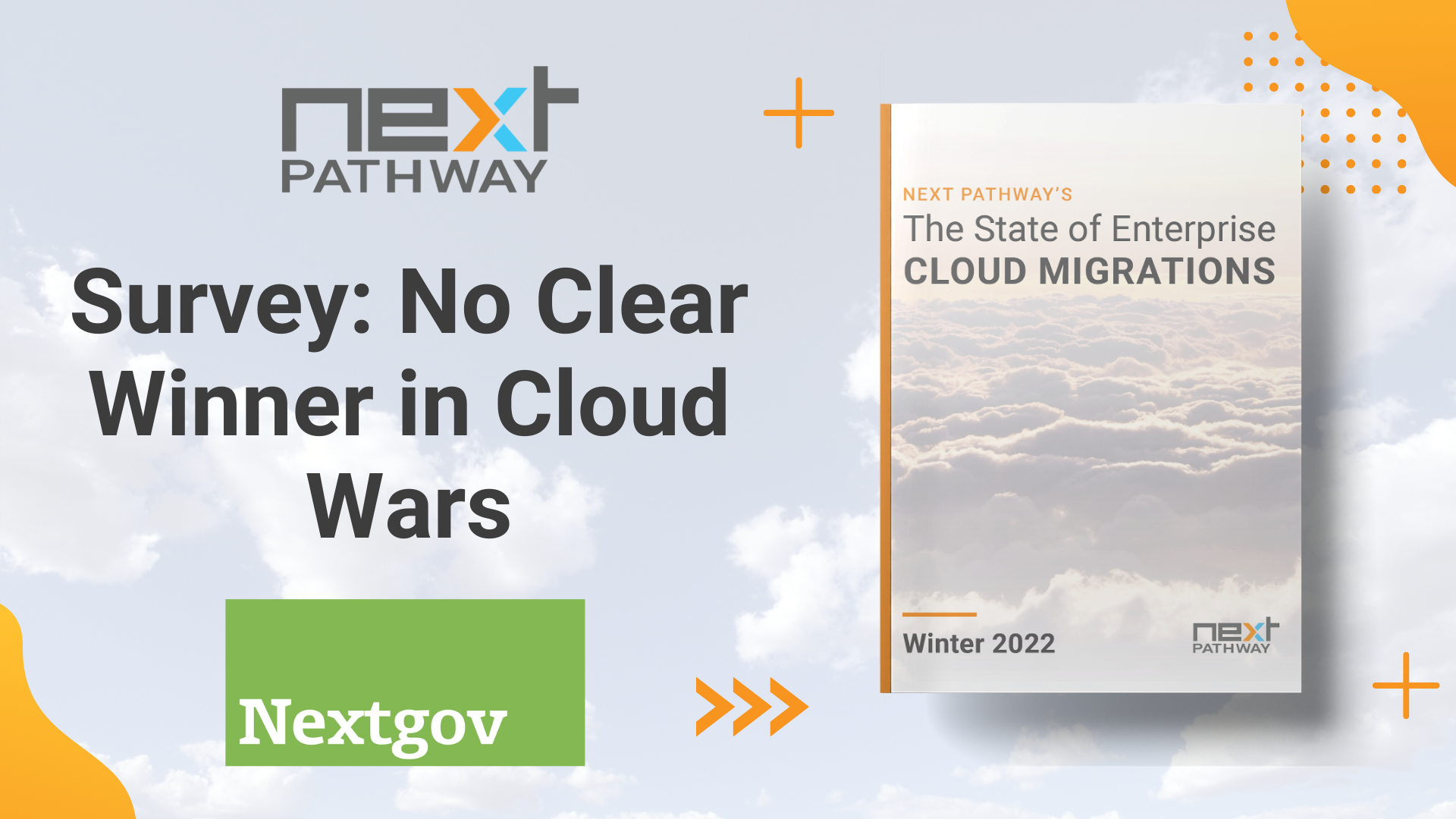 “Microsoft Azure, Amazon AWS and Google Cloud Platform, each hold a prominent share of the market, with a slight advantage to Microsoft Azure,” according to the survey.

Respondents lauded AWS’ capacity and architecture, Microsoft Azure’s industry-specific applications and Google’s strategy of making large investments in firms that agree to sign on to their cloud services."

You can read the full article here: Survey: No Clear Winner in Cloud Wars

Next Pathway is the Automated Cloud Migration company. Powered by the SHIFT™ Migration Suite, Next Pathway automates the end-to-end challenges companies experience when migrating applications to the cloud. For more information, please visit nextpathway.com.

Why are Companies Migrating from AWS to Microsoft Azure?

Forbes: Is Microsoft Pulling Ahead In The Cloud Wars?